The Historic Bridge River Kwai – During WW II, Japan constructed the meter-gauge railway line from Ban Pong, Thailand to Thanbyuzayat, Burma. The line passing through the scenic Three Pagodas Pass runs for 250 miles. This is now known as the Death Railway.

The railway line was meant to transport cargo daily to India, to back up their planned attack on India. The construction was done using POWs and Asian slave laborers in unfavorable conditions. The work started in October 1942 was completed in a year. Due to the difficult terrain, thousands of laborers lost their lives. It is believed that one life was lost for each sleeper laid in the track. 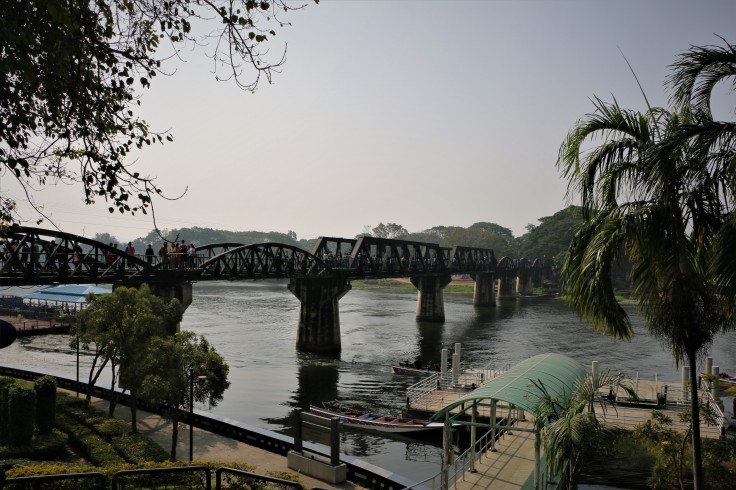 On the train that runs on The Bridge on the River Kwai 😃 A memorable trip to Kanchanaburi Thailand.

Posted for – A Photo a Week Challenge: Bridges

4 thoughts on “The Bridge on the River Kwai…”