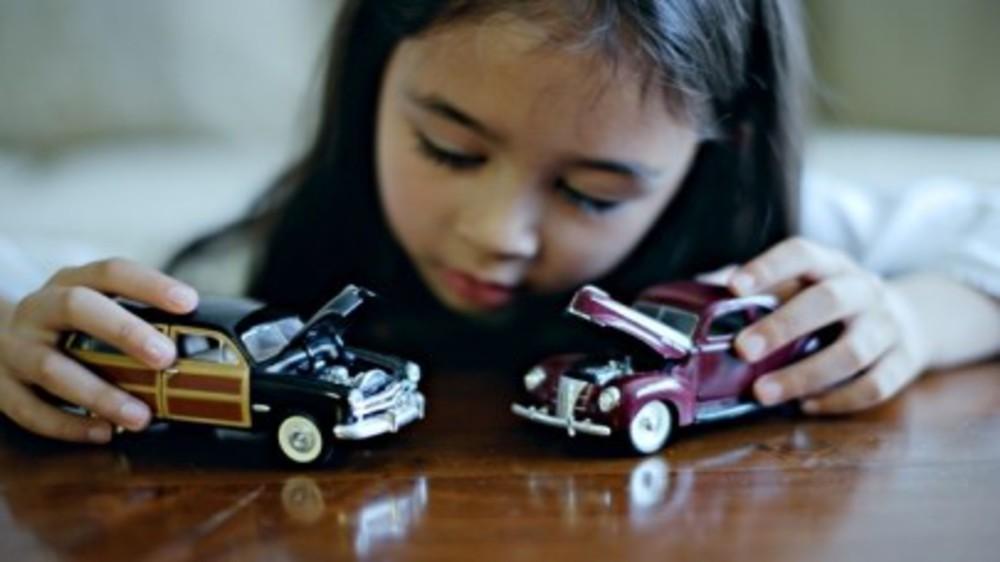 Girls love to play with dolls and boys with guns!!! Is it true? I fail to understand, from where this theory originated.

I remember the days when I used to shop toys for my daughter, dolls as a requirement was never on my mind! Right from the time my baby was a toddler, we would search for safe toys with an educative aspect to it. To begin with the aim was to introduce colours, shapes, sounds etc.

Buying toys can be very challenging… As she grew up, we would always worry about giving her something new and different which can catch her interest and keep her occupied in a constructive way. Dolls were the last thing on our minds.

My hubby, a hardcore techo that he was, always gifted his daughter with mechano sets, various versions of building blocks and DIY kits for building tanks, aircraft, guns, and cars! Not to forget the memory board games, chess, scrabble and the Rubik’s cube! All this invariably kept her busy, challenging her brain every day, even when at play. She had a jumping dog which would somersault and bark, this was one toy for sure which really amused her. Inborn love for dogs I guess…

As a child, my daughter never took any interest towards dolls. She did have a few of them. She used to find them a very dumb thing to play with. Teddy bears were fine, as she used to enjoy playing the role play games with them. She loved to be the teacher and the teddies of various shapes, sizes and color would be her students! Basically, she enjoyed bossing around with them imitating her teacher!  Even today at twenty, she still has a fascination for these cute teddies!

Later around the time, Barbie first hit the Indian markets, my sister gifted her one. With the growing popularity of Barbie in the market, she started getting many versions of Barbie, generally all gifts from her aunt in the US. She used to adore these Barbie dolls, after all so pretty that they were! She used to collect these and decorate her room with them. They turned out to be her priced collectibles, which she displayed with pride to her friends, but seldom played with.

Now when my son started to toddle around, he wanted to try his hand at everything. My daughter used to share all her toys with him and enjoy the mothering sessions, whenever I was busy. She used to give him everything, from blocks to books but as a rule never allowed him to touch her Barbie dolls!! Her explanation was that he might pull off the doll’s smooth and silky hair apart or rip her doll’s pretty party dress and she didn’t have a spare one of her doll’s size.

I agreed with her justification and never forced her to share her dolls. Whenever my son was in the mood to play with his sister’s dolls, we used to divert his attention to something else. But later this ceased to work, and he used to end up crying his heart out for the dolls!! A helpless mother at that time failed to understand my son’s craze for dolls.

But as a mother, I couldn’t see my son cry for too long over the same issue. That evening I discussed with my hubby, about our son’s weird interest in playing with the dolls – this bought a naughty smile on my hubby’s face… And the decision was made. To solve this problem, we decided to gift our son his very own doll!

And the following weekend, my son’s first Barbie was home. I can’t forget the smile on his face! Then he looked at his sister, trying to show off his own Barbie. She was happy that her own Barbies were safe and didn’t really care what happened to this doll of his. So she willingly demonstrated how to comb her hair, change her hair clips, shoes etc. This craze soon faded off. He soon realized there was nothing much to do with them as they only needed to be admired and pampered – not his cup of tea for sure.

So there is nothing like an exclusively for girls or boys stuff. If your child wants something, and  if it is appropriate for his/her age, do give it to them  so that they can decide for themselves based on their learning experiences. Try to give your children toys which can help them develop the required motor, spatial, language, social and emotional skills. Toys also help you to bond with your little one in a creative way.

So do spend time playing with your children whatever be their age. It’s generally during such play sessions, that children end up sharing their fears and triumphs of their peer groups.

Please feel free to share your views in the comments section. Thanks for reading…

9 thoughts on “Do Girls Love To Play With Dolls??”